You are here: Home / Stories / Castle of the Moors in Sintra, Portugal 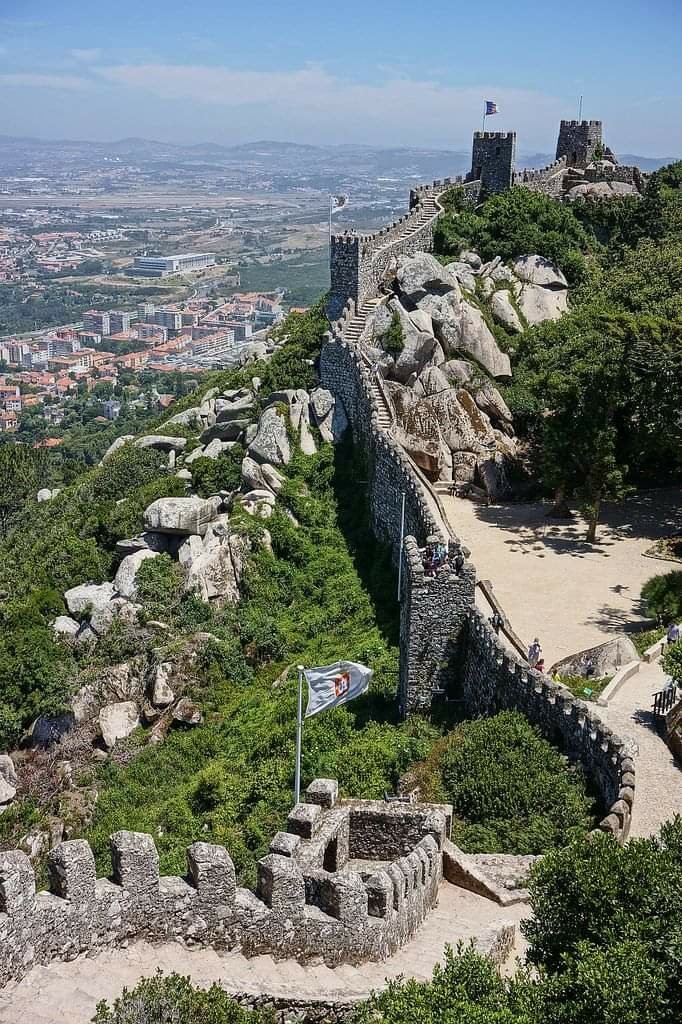 Castle of the Moors in Sintra, Portugal. (10th Century)

Its first walls were probably built during the Cordoba Caliphate period (929-1031 AD), securing an advantage protection given by the impregnable mountain range. Its intricate path following the rough terrain nicknamed it as Portugal’s Great Wall, similar to the Chinese counterpart.

Due to is impregnable location, king Afonso Henriques army bypassed it in their way to the siege of Lisbon in 1147. Sintra’s Muslim garrison would surrender just a couple of months later, in January 1148, as their position was unsustainable for being so far back behind the Christian line of advance. By mid-19th century its ruined walls were rebuilt under the initiative of king Fernando II, the same monarch who sponsored the construction of the nearby Neo-Gothic/Manueline Pena Palace.