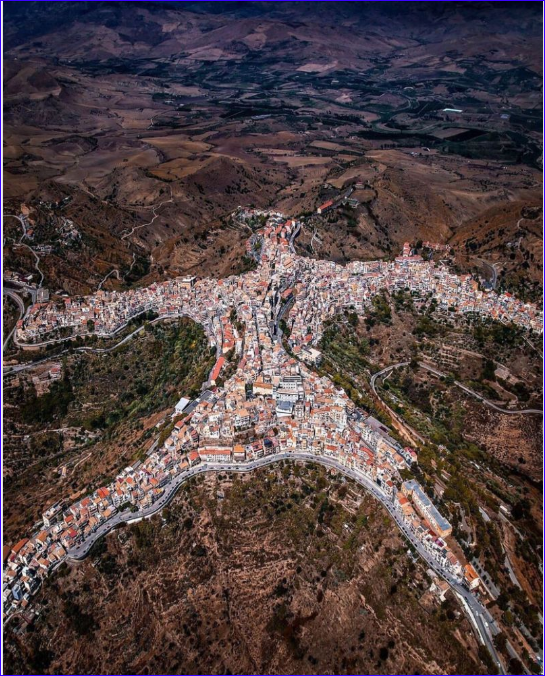 Centuripe, Italy is an ancient town in eastern Sicily with a history that goes back to at least the 5th century BC. The town is spread out across the ridges of several hills so the town has a ‘starfish’ shape – or if viewed from the air, the shape of a man with outstretched arms and legs.

The town has avoided mass tourism but visitors can still find several notable highlights including the parts of the original defensive walls that still surround the town, several churches, an interesting archaeological museum and views across to Mount Etna which is only about 20 kilometres from here.

Architecture is a product of Wealth and Authority..

Urban is a product of Democracy and Legislation..

Built Environment is a product of Demand and Supply..