You are here: Home / Stories / How did people become homeowners in Ancient Rome? Were there mortgages and real estate sales or did everyone have to build their own house?
Elliot Jenson, M.A Ancient Rome & Middle Ages, Ohio University (2016)
Updated Jul 22

In the fays of the early Republic, most Romans owned land and had a home on said land. They would work their fields to provide for their families and sell excess goods in Rome or comparable cities. This land was typically land won in conquest by the Roman army. The army at this point was made up of only land-owning Romans who would purchase their own gear and fight without pay. In return, any land captured was divided up and given for free to Roman citizens. The Romans who were given this land would build small wooden or stone homes as well as other buildings to help manage the land.

As time moved on this dynamic changed. By the period of the late Republic and Empire, the increasing length of wars and the distances armies would travel combined with the influx of cheap slave labor drove these small landowners out. The rich bought up most of the land these previous small landowners began moving to the cities more and more. This lead to an economic class structure where there were basically only rich people and poor people.

In Rome, one would never buy a home. You would buy the land the home is on, or buy the land and build a home.

The vast majority of Romans could ever afford to buy land in the city of Rome. What they would do is rent cheap apartments from landlords and live there. These were not great places to live but it kept people off the streets. These apartments were called insula. It would be rented much like we rent modern apartments or hotel rooms. These buildings were often expanded, demolished, renovated, or downsized by the owner of said building. In Rome land was expensive and the city never grew much beyond its peak. A lot of the land in Rome was owned by the same families for generations. 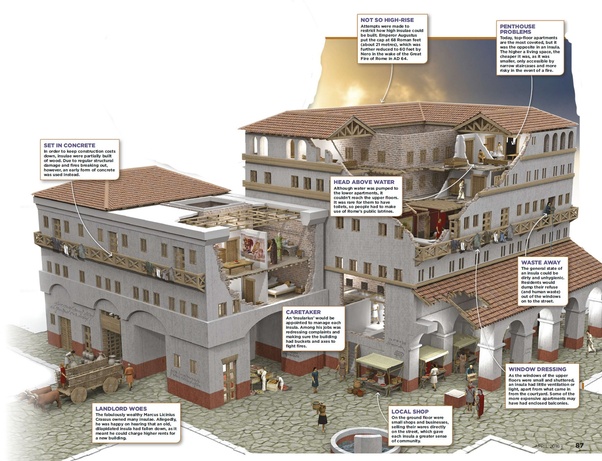 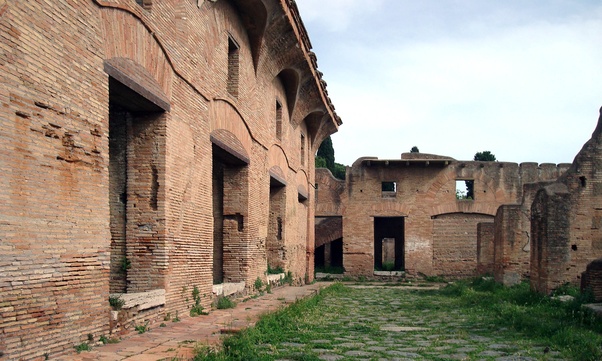 The rich would own land and large estates in the city and the countryside. It was all the rage for rich Romans to have country estates. The best and easiest way to be rich was to own land and slaves. The vast majority of rich people had huge country estates and massive plantation farms worked by armies of slaves. On this land would be their country villa. Other rich Romans who made a living of trade or within the government would not have plantation estates but just regular plots of land with massive villas. 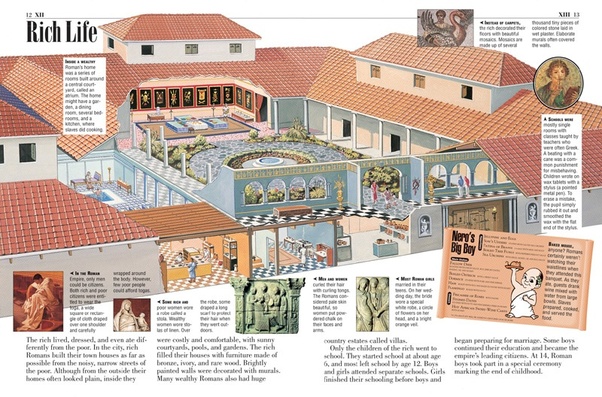 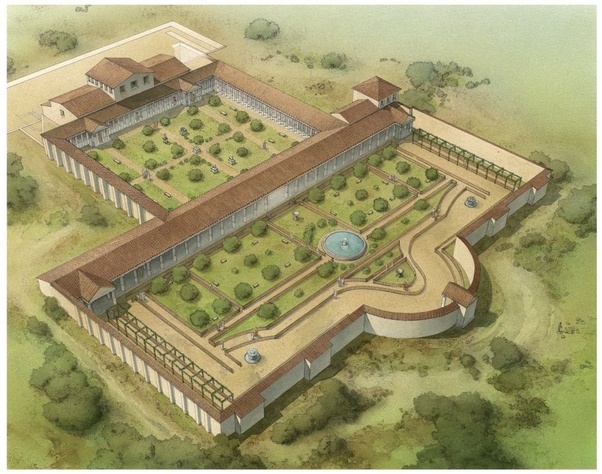 When in the city though rich Romans would own smaller homes called domus in prime locations. These locations would have been the Palatine or the Esquiline. These were the “rich neighborhoods” in Rome with easy access to goods, entertainment, and government buildings. Note that all government functions took place on the palatine so the aristocrats who made up the senate would want to live close to where they worked. Some less wealthy senators only lived in the city and did not have a countryside villa. Others had both. The rich non-aristocrat class would typically not own homes in Rome and instead reside fully on their land outside of the cities of Italy. 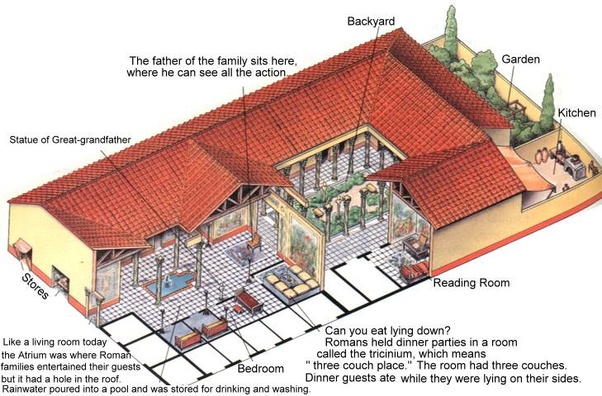 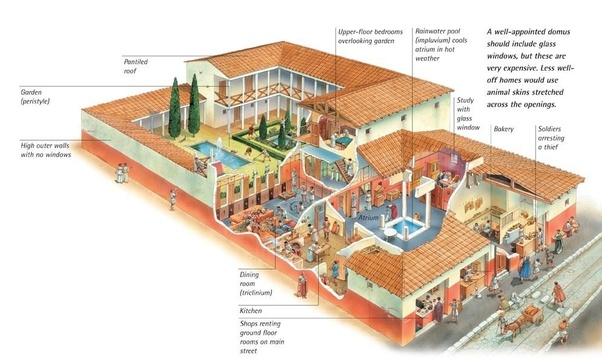 A mortgage didn’t really exist in any modern sense mostly because the average Roman could never afford to borrow the money needed to buy any land. That being said Romans could borrow money if they wanted. No one would ever lend much to the poor but rich Romans would often borrow fortunes to help them get elected to office or to raise their own personal legions. The poor would borrow small sums to open shops or pay their rent but it was never significant. The rich on the other hand did not need loans to build homes. They often owned the land and building a huge villa was not such a significant cost. Usually, these villas were built up over generations with each new familial patriarch adding on some addition. Essentially you were either so rich that you didn’t need a loan to buy a home- or so poor that you could never afford to borrow that much money.

However, even in this period of Roman history land was still conquered regularly. This land would often be given over to poor Romans to alleviate overcrowding in the cities and veterans as a reward for their service.

Note that this issue of the rich buying up land and the middle class becoming poor city dwellers was one of the massive political and economic issues Rome dealt with. Caesar’s entire political platform was based around buying this land back from the rich and giving it to the poor. He succeeded in this endeavor but it did little to change things. In the end, the economic structure of Rome remained forever altered and as we enter the imperial period it would only worsen.

Last I will leave you with a story. After Caesar beat Pompey in the civil war he came back to Rome and found it in a bad state. Populists had rallied around the idea of debt absolvement, meaning they wanted all debts forgiven. The people of Rome had been borrowing too much money and they were struggling to pay it back. This was a powder keg and people were rallying behind this issue. So brilliant Caesar went out and borrowed as much money as he could from as many rich Romans as he could find. Then he came forward and basically stated that while debt absolvement was great he was Romes richest and most in-debt citizen- so it would not be fair for him to absolve debt. This worked wonders and quickly the issue was dropped. But now all the rich people of Rome had given Caesar huge loans- they had to see him succeed or risk never seeing that money back. So the rich would now only support political candidates who were on board with Caesar. This made Caesar even more powerful than he already was and overall it was a genius move.