You are here: Home / Editorial / In Switzerland, Everyone’s an Urban Planner 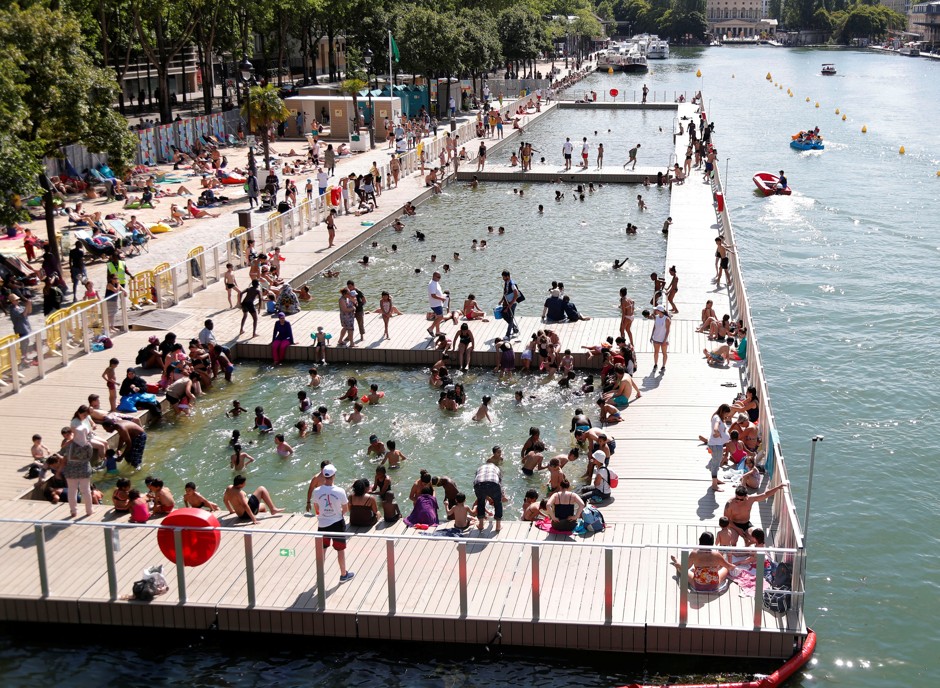 To reimagine its largest public space, the Swiss city of Lausanne organized a citywide consultation and workshop that asked: Just who is the public?

How could anyone mess up a space this impressive?

Lausanne’s Place de la Riponne, a grand square in the heart of Switzerland’s fourth-largest city, is the kind of historically significant, dramatically sited urban set piece that would likely be the tourist-thronged highlight of any North American city. Flanked on one side by the steroidally grandiose neo-Renaissance Palais de Rumine (the building in which Iraq’s borders were drawn up in 1923), the broad plaza stands at the foot of a hill stacked with layers of turrets and steeples, beyond which you can see snow-capped Alpine mountain peaks.

But somehow, the city has managed to mess it up. The square’s ring of late 19th to mid-20th century buildings—which range visually from decent to spectacular—has been somewhat rudely interrupted by a brutalist early 1960s headquarters for the state government that serves to mask the site’s interesting, funnel-shaped topography. By the standards of old Europe, the space has been warped by some ungainly traffic planning, with a strip of the square reimagined as the feeder road to a subterranean parking lot.

This parking lot, meanwhile, has rendered the square above it ill-suited to bearing heavy loads of equipment needed for major public events—events it would otherwise have seemed perfect for. Though it still has charisma, the square and its neighbor, Place du Tunnel, could stand as textbook examples of the problems of late 20th-century urban planning; they’re noisy, unloved, and faintly neglected underneath their thin patina of grime.

Still, if Lausanne shows how bad planning can screw up a magnificent space, the city is now trying hard to make up for it. This year, Lausanne has been piloting a radically inclusive public consultation into the area’s future. The city is not just offering the public possible options to choose from. By piloting months of information-gathering from local people that culminated in a three-day mass workshop, it is trying to spark an almost existential debate about what the squares mean—or could mean—to the many diverse, overlapping groups that form the public. Rather than providing ready-made blueprints, Lausanne is starting a process that the city’s Socialist mayor Grégoire Junod calls “turning a blank page to explore the field of the possible.”

In doing so, Lausanne has tapped into a ready-to-go template from Switzerland’s tradition of direct democracy. Since the Middle Ages, the Swiss have congregated around town squares to participate in the Landsgemeinde, or state assembly—an open-air meeting of all citizens held in a marketplace or plaza to decide on issues of local importance via public vote. Once a widespread tradition in German-speaking Switzerland, state assemblies still continue to hold decision-making authority in two of the 26 cantons that comprise the Swiss Confederation.

While the structure and vibe of this three-day workshop are uniquely Swiss, the problem it’s trying to solve couldn‘t be more universal: Can you correct the planning blunders of the past and modernize an older city without endangering its soul?
“One thing is very clear: Urban design is not the first preoccupation of the people who participate in such events.”

To answer that, Lausanne organized a series of events, debates, guided walks, and hangouts (attended by CityLab) in a host of venues peppered across the area. Peer randomly through the window of a shop in the area, or into one of its glazed bus shelters, and you’d find a huddle of people discussing the future of the squares. Some issues were as concrete as what steps could be taken to make the spaces more eco-friendly; others were more abstract, such as how public art should shaped by context. At the scrappy northern end of Place de la Riponne, an open-air kitchen doled out bread, cheese, and wine around a blazing barrel fire to an evening crowd. In a play area, children careened around on go-karts, while the dank tunnel underneath the state headquarters was transformed by an art installation into a zigzag slalom run of screens.

All this was the work of Urbz, a Mumbai-based “action and research collective” that was brought in by the city to pilot an 18-month mass consultation of all the squares’ users that culminated in the three-day workshop. Urbz will then use this public input to draw up a brief for an architectural competition to reimagine the area. The results—hopefully representing a genuine bottom-up approach to urban transformation—will be unveiled in 2020.

It’s too early to say exactly how this consultation will affect the squares’ final form, but organizers say it’s already highlighted something interesting. While cities and developers’ might focus on design when discussing urban space, the public itself tends to be more preoccupied with issues of identity.

“One thing is very clear: Urban design is not the first preoccupation of the people who participate in such events,” said Urbz co-founder Marias Echanove. “Some people may have precise ideas of how to refashion the two squares, but mostly people come because they want to talk about their experience of the space, their attachment to it, or their anger about certain aspects of it.”

This is certainly true of the people who attended the weekend workshops, many of whom were brimming over with memories of times they had spent in the squares over the decades. At one event discussing small businesses and sustainability on the area, one middle-aged attendee drifted off into discussing the long-past closure of the square’s old cinema. “There wasn’t a dry eye in the house during the last screening of Gladiator,” he said, “and let me tell you, that’s not because the film was any good.”

Rather than providing bullet points summarizing some simplified idea of the public wants, such consultations can remind the city what the public is.

Others came to vent their skepticism about the city’s intentions. “The city is going to make a big show of asking us what we think,” said a man who said he had lived in a street just behind the square for over 15 years. “Then they will do whatever they want anyway.”

Something distinctive, and vital, also becomes clear. Before inviting people’s opinions, the consultation does not assess participants’ standing in the social hierarchy or perceived respectability. Among the most enthusiastic patrons of Place de la Riponne, for example, are the drug users who shelter in a small, orderly group beneath a plastic awning. A tolerated (if not necessarily universally accepted) part of the local scene, this group even creates a weekly podcast about their lives and concerns, and they, too, took part in the city workshop, telling organizers that their meet-ups in the square constituted a socially vital coping mechanism that they wanted to continue. They too, after all, are “the public” and need public spaces.

Is there a way to square this need with the desire on the part of the city and other citizens to clean up the space? Some Lausannois do indeed avoid the area because they find it too seedy—but many others are equally concerned that one of the few less-regulated areas of the city doesn’t just become an anodyne brand emporium.

This is already the direction in which much of central Lausanne has gone. The city boasts a newer shopping area built on the decaying warehouses hidden under the bridges of the Flon Valley, which many workshop participants cited as an example of how modern redevelopment can eviscerate urban vitality. The area around Place de la Riponne may be grungy (if only by Switzerland’s ridiculously high standards), but it also has a certain authenticity. There are a few nice bars and, hidden away, behind historic facades, spaces for community arts and organization
Can some of this—and should some of this—be preserved in the facelift to come? The mass workshop doesn’t necessarily provide an answer. Its real intention in fact seems to be something else: to encourage a broader idea of community.

“What’s interesting about the notion of ‘the public’ is that it is radically inclusive,” says Urbz’s Matias Echanove. “The public means you, me, her, and absolutely everyone. Including the illegal migrant, the old lady that lost her mind, the junkie, the noisy kids, the conservative gentleman.”

These groups don’t necessarily need to agree—indeed by exposing and listening to different groups’ overlapping consensus and disagreement, cities can get a fuller idea of just how far apart its citizens are. Rather than providing bullet points summarizing some hopelessly simplified idea of this public wants, such consultations can remind the city what the public is. As Echanove puts it:

“When we ask the public questions like, ‘What should the largest public space in Lausanne look like?,’ we are really asking, ‘Who are we collectively? What do we have in common?’”

Feargus O’Sullivan is a contributing writer to CityLab, covering Europe. His writing focuses on housing, gentrification and social change, infrastructure, urban policy, and national cultures. He has previously contributed to The Guardian, The Times, The Financial Times, and Next City, among other publications.