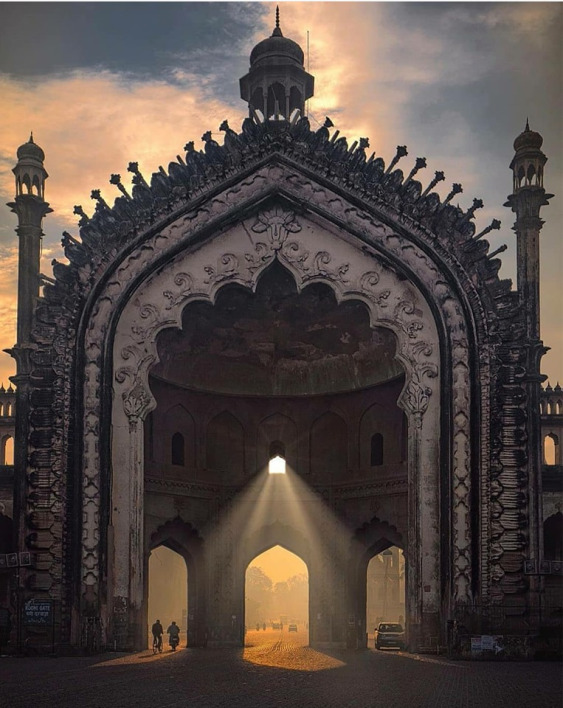 ✍️ The Rumi Darwaza goes upto a staggering height of 60 feet. Was modeled (1784) after the Sublime Porte (Bab-iHümayun) in Istanbul. The uppermost part of Rumi Darwaza comprises of an octagonal Chatri (Umbrella) carved beautifully that can be accessed by a staircase. The word “Rumi” is derived from the modern day Rome that used to be Istanbul, the capital city of Eastern Roman Empire. The Rumi Darwaza is one of the finest gateways that has been built in Lucknow and is highly inspired by a similar gateway in Istanbul.

On top of the Rumi Darwaza was kept a huge lantern that would light up the structure at night making it look absolutely fabulous. Little jets of water would rush out of the sides of the arch from beautifully carved flower buds thus making it look like a gateway to Paradise. The beautifully carved flowers and designs speak volumes about the unique architectural style and eye for detail.