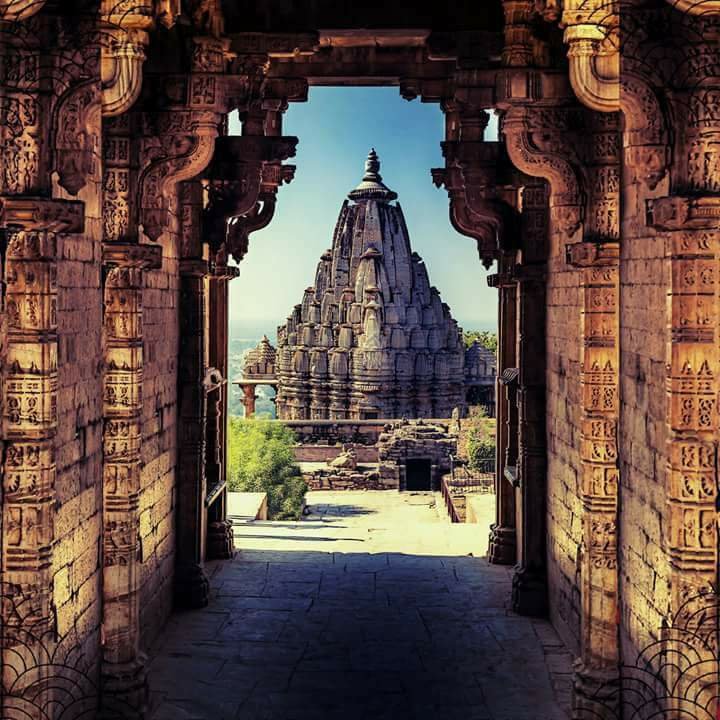 Dedicated to Lord Shiva, this temple was built by Raja Bhoja in the middle of the 11th century AD. Raja Bhoja belongs to the Paramara Dynasty of Rajputs and he spent his youth in Chittorgarh where he built several other structures, the most appealing of which is the Samadheeshwara Temple. The temple was later renovated by Maharana Mokal in 1428 AD under the rule of Sisodias of Mewar.
In line with the Chittorgarh’s tradition, the Deity of the fort is considered the ruler whereas where the King is a mere representative. Hence the Samadheeshwara Temple served Lord Shiva both as his abode and his court. The Samadheeshwara served as the primary temple of Chittor till the times of Maharana Kumbha. Samadheeshwara is one of the first in the line of the Chitrakuta Style of temples. The temple also finds inscriptions to the Chalukya (Solanki) emperor Kumarapala in his youth while he was a prince.
The Samadheeshwara Temple consists of a garbhagriha, an antarala and a mandapa with three porticos on its north, south and west. The colossal image of Trimurti Shiva is enshrined in the sanctum. The interior and exterior of the temple is elaborately carved with figures of gods and goddesses and other decorations that include sculptures that depict scenes of royal, military and civic lives of the residents of Chittor. To the south of it, lies a long staircase that descends into the sacred Gaumukha Reservoir, which was constructed adjacent to it as the Sundar Kund.
Courtesy : @The Reclamation Project