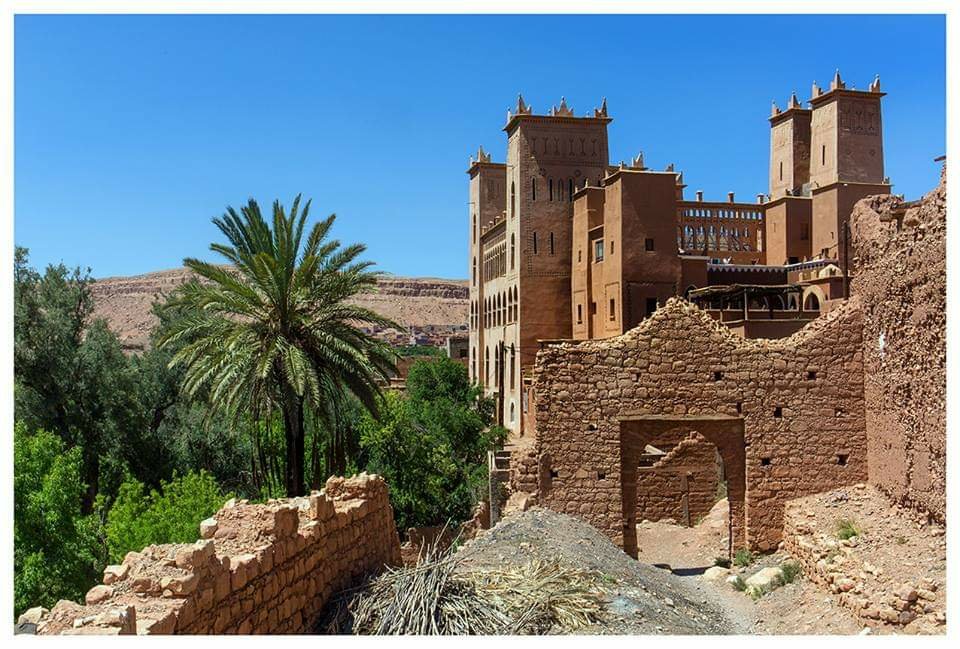 Glaoui Kasbah at Tamdaght and Kasbah du Pacha el Glaoui at Telouet.
A Berber Amazigh cultural heritage in Morocco fallen in to disrepair
The legendary Amazigh Glaoui family have been dominating the mountainous area on the southern High Atlas in South Morocco and were controlling the caravan trade between Sub-Saharan Africa and Morocco for ages. The Glaoui have built many kasbahs, like the Kasbah du Pacha el Glaoui at Telouet and the one at Tamdaght, a Berber Amazigh heritage not very well maintained unfortunately.
Thami El Glaoui (known in English as ‘Lord of the Atlas’) was the Pasha of Marrakesh from 1912 to 1956. El Glaoui refers to his chieftainship of the Glaoua (Glawa) confederation of the Berber Amazigh of southern Morocco. His family was then based at the Kasbah of Telouet in the High Atlas and at Marrakesh. Up and until the present day.