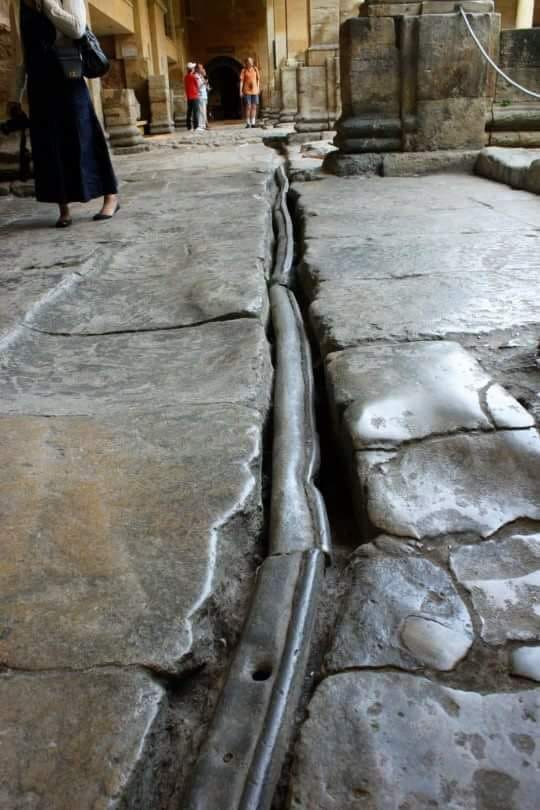 Some of them are still in use.

Wiki explains. This is not drinking water, but to the hot baths. And: “The water that flows through the Roman Baths is considered unsafe for bathing, partly due to its having passed through the still-functioning original lead pipes, and up until World War II, it was advertised on the basis of the radioactivity it contained. However, the more significant danger is now considered to be infectious diseases.” So the OP is basically true.