You are here: Home / Stories / The Minaret of Jam 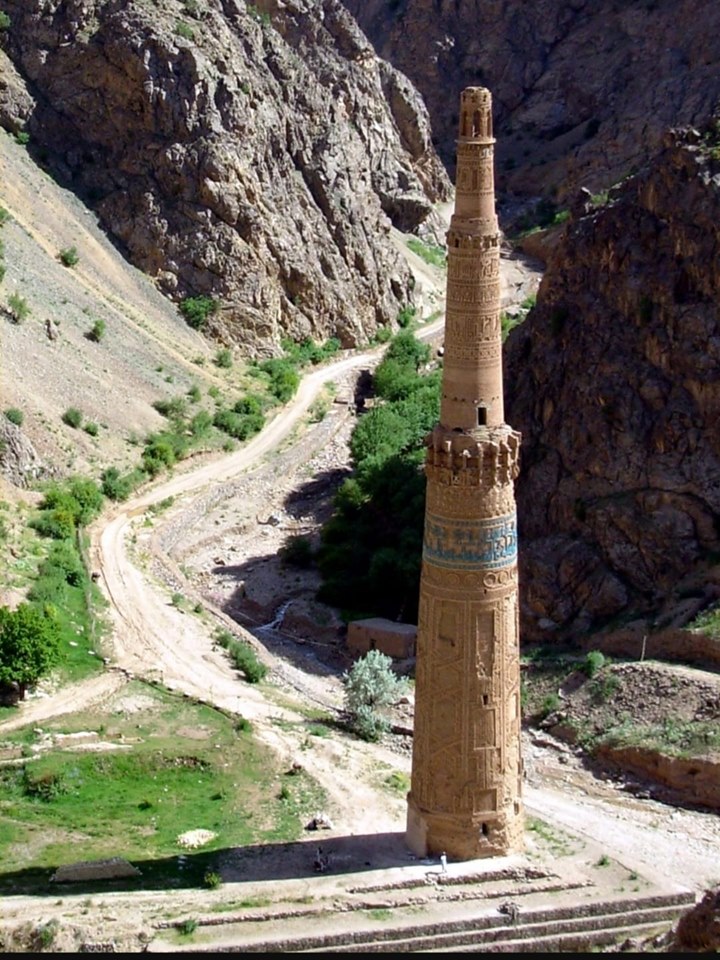 The Minaret of Jam is a UNESCO World Heritage Site in western Afghanistan. It is located in a remote and nearly inaccessible region of the Shahrak District, Ghor Province, next to the Hari River. The 65-metre (213 ft)[1]or 62-metre (203 ft) high minaret[2] was built around 1190 entirely of baked bricks and is famous for its intricate brick, stucco and glazed tile decoration, which consists of alternating bands of kufic and naskhicalligraphy, geometric patterns, and verses from the Qur’an. Since 2002, the minaret has remained on the list of World Heritage in Danger, under serious threat of erosion, and has not been actively preserved.[3] In 2014, the BBC reported that the tower was in imminent danger of collapse.