You are here: Home / Stories / Was Baghdad ever a paradise in the Middle East?


Old Baghdad before Mongols destroys it was built to be a circle city with walls all around it. In the middle the Caliph palace, with a huge garden around it. Roads connect the entire city together and Paved streets too.

Imam Shafi’i considered that those who did not enter it “did not see Dunya (Life), nor saw people.” “Yaqoubi al-Hamwi” was quoted by Yaqouti as saying that Baghdad “has no parallel in the East and the West.”

Did not exaggerate the poet, “Shams al-Din al-Kufi” when lamented ruin, saying:

“O home (our city) eversince your stars have burnt out we’ve got prevailed/ darkness after the light, I swear” (I know I did translate it horribly).

In the description of Baghdad

Historians describe it as a thick fence with 35 cubits wide, followed by the last 20 thicknesses, and one block weighing 117 pounds. The greatest manufacturers and engineers, with a budget of 18,000 thousand dinars and the lowest of only 4,000 thousand dinars, were brought to its establishment.

Its doors are said to be magical, one made by the Pharaohs (Bab Khorasan), the other by the descendants of David (peace be upon him), with 163 towering towers standing next to them, according to al-Khatib in Baghdad’s History.

The state budget at the time reached astronomical figures: 7 million millions dinars during the era of Rashid, as Hilal Sahabi said in the “drawings of the House of the Caliphate,” which forced linguists to put new terms to express the meaning of “billion” was the words “Bannur” and “ducks.”

The city was witnessing a very strong trade movement, connected by Iranian textiles, Indian spices and fruits of the country beyond the river, even the Slaves and eunuchs, and animals such as tigers and elephants.

It was reported to the owners that it was easy to see that the chief merchant, “Moklad Ben Safi Eddine,” married his cousin and paid her a dowry back of 100,000 dinars.

Ibn al-Jawzi also says in his book Akhbar Al-Hamaki and Al-Muqthailin that the wealth of one of the inhabitants was one thousand dirhams. 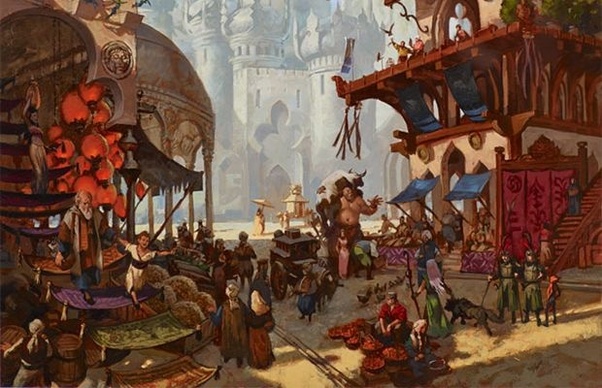 Free hospitals for everyone. with the best doctors and surgeons in their time like Al-Razi. 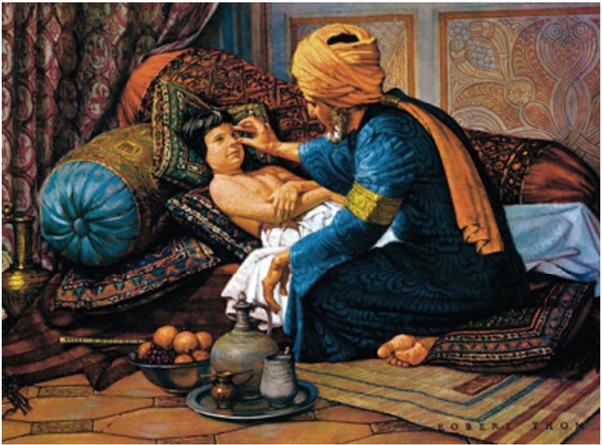 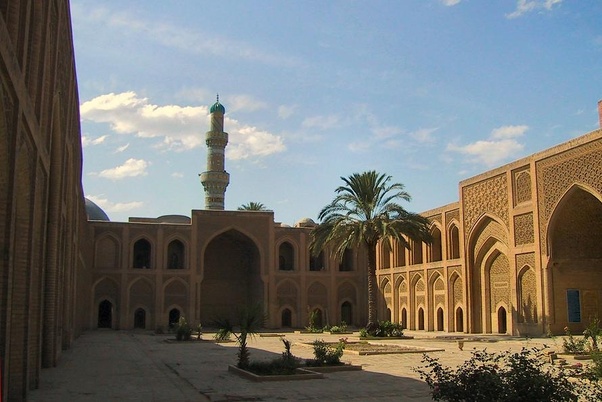 It was the most populated city on earth with 900 thousand citizens.

The City of fun and entertainment

Hadi Al-Alawi in the “Urban History of Baghdad” reveals more Abbasid bliss, explaining the extent of the gardens, which knew all kinds of ornamental plants.

The palaces also had private discos, where pleasure slaves performed their performances to the owner of the edifice. The city had a puppet theater that was called ” the shadow of imagination”, and the children had their own play market.

People practice various sports, from archery and horse riding to the scepter, throwing hazelnuts and chess. The Baghdadi poet”son of Rumi” verses in which praise his good friend in the manipulation of “Rakakh” (Tawabi) and “Frazin” (Ministers).

Al-Khatib describes the house of the caliphate as being based on 7,000 servants, 700 eyebrows and 4,000 boys, covered with 38,000 Diabaghi ​​jackets covered with gold and images, 22,000 carpets covered in marble, spread in its lush groves with pools of lead water and 15 silver statues of knights raising the bayonets.

Al-Jawzi described this house as “the virtues of Baghdad” as “it is in itself a country,” as traveler Benjamin Ttali said: “In the palace of the Caliphate of the buildings, what boggles minds, in which marble and gold-clad stones decorated with rare stones engraved with exquisite feather clad walls. The palace is ample treasures, gold-lockers, silk dresses, and precious gems. “

Al-Khatib asserts us that Baghdad knew the bewilderment (zoo) that opened its doors to people free of charge, to see the elephants covered in silk and its eight servants forced them to obey the flames of fire, and described the cells of the chained seven-necked chained roaring and trying to salvage iron chains, and other various types of monsters and fish.

Al-Hamwi recounted that one of the landmarks of its construction was a giant green dome whose main iwan (majlis (Court) al-Khalifa, a spacious place surrounded by walls from three parts, with a semicircular ceiling) to reach together 80 cubits high (about 40 meters), above which a statue in the form of a knight that spears a spear seen from All over the city.

Multi culture city as every Race was within it. Arabs, Persian, Turks, Indians, Africans, and even there were Chinese people.

The Center of world power and trade.

House of Wisdom – Wikipedia, one of the world Greatest libraries, the Arabic Caliphates paid for the weight of the book in gold. They supported fair translation and even Religious debates. Hunayn ibn Ishaq – Wikipedia was the head of it by Al-Ma’mun – Wikipedia orders. guess what, he was Arab Christian. and he wrote under Al-Ma’mun permission several books in criticizing Islam and religion comparisons.

Baghdad was literally the greatest city on Earth before it was sacked. Eforates and Tiger rivers turned into red and dark from the blood of scholars and the ink of the books that were destroyed. 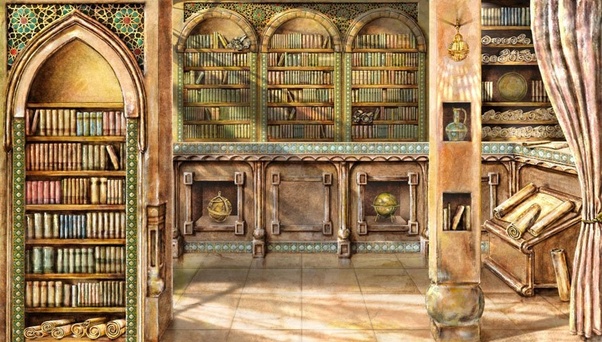 How did the City that never falls fell?

It was impossible to survive for 200,000 Mongols encircling its four gates and wishing nothing more than killing the Caliph and reveling in everything. These will not be deterred by the catapults and the artifacts (machines to throw stones), which were erected in the yards of Baghdad, which were formerly adorned with cavalry, archery and wrestling competitions.

The story in all references is almost the same: the soldiers were defeated, the walls fell and the towers fell, attacked The Caliphate from two sides: Burj al-‘Ajam (east) and Bimaristan al-Adadi (west) and the surrender of the city is inevitable.

The caliph did not use the tunnel of survival built by his grandfather Al-Mansur and is said to drive his employer to a distance of two or three Farsakhen (Persians equivalent to between 4 and 6 kilometers) from the city, and came out after the defeat of his 10,000 footless men in a 700-strong jurist and state dignitaries to Hulaku who He did not do them any good. He despatched him from them and then decimated all his companions with his eldest sons before they put the “Prince of the East and West” in a bag and killed him with horses hoofs.

The historian “Zahiruddin Kazrouni,” describing Baghdad after his visit after the invasion:

The Mongols invaded mosques to dismantle their golden domes, robbed the palaces of rare artifacts, wiped out the city for 40 days, and “put the sword into its people,” said the historian Ibn al-Futi, who contemporary the event and was captured in the attack.

He pointed out that the Mongols killed “all those who were able to men and women and the newborns and elders and the elderly and young men and preachers and imams.”

The Great City Mosque, the scenery of Musa al-Kadhim, and the two schools, al-Tajiyah and Benfasha, were burned, while Mustansiriya was closed and only opened two years later.

He claims, “Ibn Katheer,” that the gutters are falling blood on the roads and heads of the walkers as if it is rain, and tells that the two Mongolians booted their spoils and picked a Baghdadi they killed him and slit his cavity to put the booty inside.

So, Yes this city was a really great one. Sadly nothing remains forever.

Baghdad lost was one of the worst loss of human history. Maybe the Muslim world and the Arab world wouldn’t be that bad if it didn’t end up that bad.